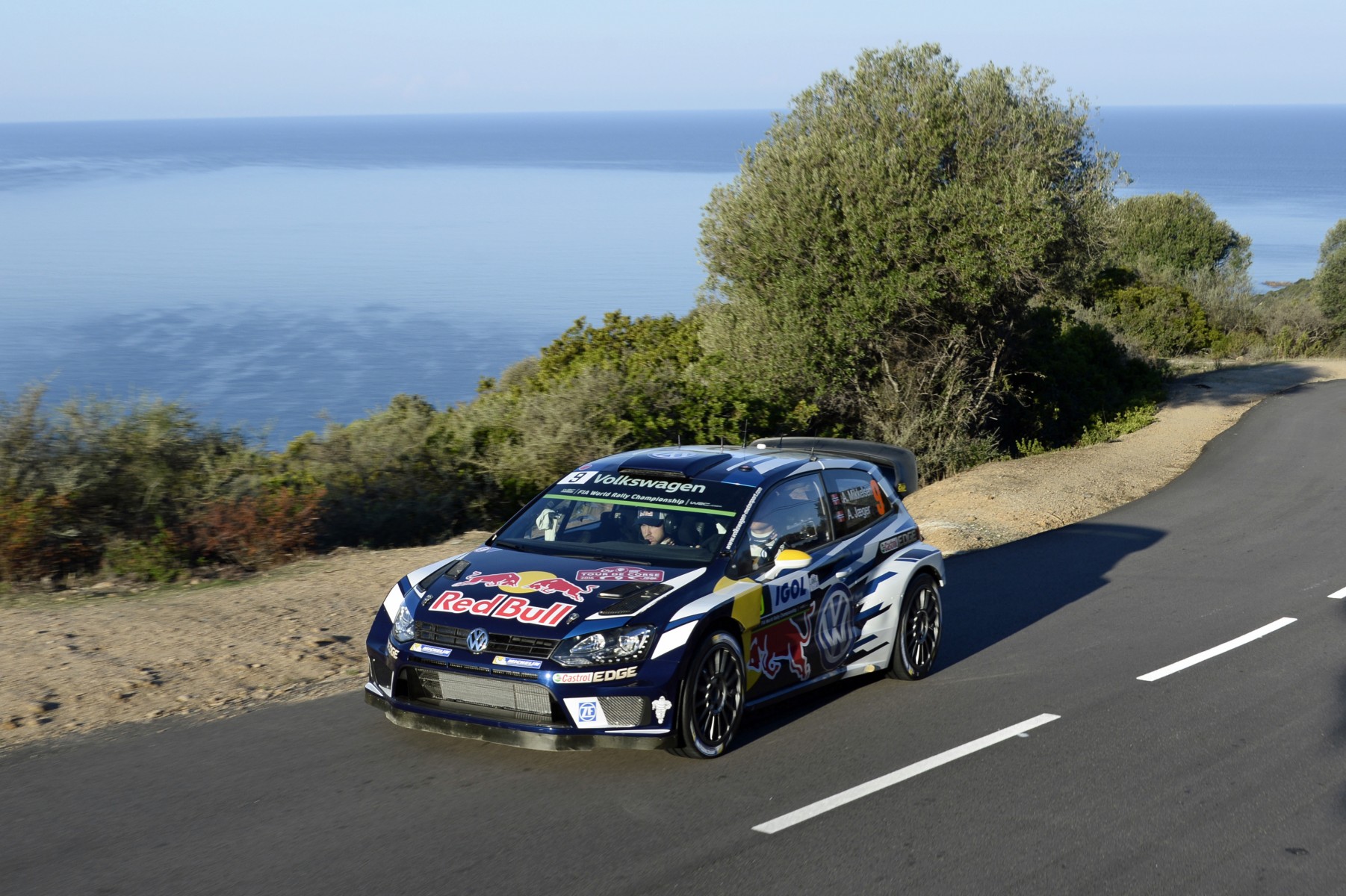 A home win worth its weight in gold: Volkswagen duo Sébastien Ogier/Julien Ingrassia (F/F) took a crucial step towards the title in the FIA World Rally Championship (WRC) with the 36th win of their career. The three-time champions dominated the Rally France on Corsica from the word go, leaving runners-up Thierry Neuville/Nicolas Gilsoul (B/B, Hyundai) and their Volkswagen team-mates Andreas Mikkelsen/Anders Jæger (N/N) to fight it out for the minor places. Ogier/Ingrassia won five of the ten special stages, including a clean sweep on day one of the rally. Their fourth victory of the season, the 40th in 49 rallies for the Polo R WRC, sees them extend their lead in the Driver and Co-Driver Championship to 68 points. Mikkelsen/Jæger and Neuville/Gilsoul are now their only remaining rivals in the title race. The third Volkswagen duo, Jari-Matti Latvala/Miikka Anttila (FIN/FIN), ended the Rally France into fourth place, but are no longer in contention for the title.

Match point on their own serve: Ogier vs. Mikkelsen at the Rally Spain
Victory in Corsica saw Sébastien Ogier and Julien Ingrassia take a big step towards the world championship title. Third place and a point on the Power Stage next time out at the rally in Spain would see them crowned champions for the fourth time, regardless of other results. The only men who could still deny them are Andreas Mikkelsen/Anders Jæger and Neuville/Gilsoul, who trail the championship leaders by 68 and 83 points respectively.

Early dominance followed by intelligence – a performance worthy of world champions
Victory on every stage on the opening day of the rally - Ogier/Ingrassia became the first men to achieve this feat since Volkswagen entered the fray at the 2013 Rally Monte Carlo. This also proved vital to their success: the three-time world champions kept a cool head to maintain their early lead right through to the finish - almost to the second. Conditions played a key role on Saturday and Sunday: rain and special stages that were dry in places and damp in others made tyre selection particularly tricky. Ogier/Ingrassia and their team-mates Mikkelsen/Jæger and Latvala/Anttila consistently chose the right mixture of the Michelin race tyres.

66 points clear – Volkswagen could win the Manufacturers’ World Championship at the next round of the WRC
Volkswagen also has its first match point in the battle for the Manufacturers’ Championship at the coming rally in Spain. To win the title there, the Wolfsburg-based carmaker must score 20 points more than its closest rival Hyundai. This would secure them their fourth back-to-back title in the most prestigious world championship in motorsports outside Formula 1. The two drivers nominated by a manufacturer – Sébastien Ogier and Jari-Matti Latvala at Volkswagen – can score a maximum 43 points.

19th podium: Andreas Mikkelsen impresses on his 75th appearance in the world championship
Andreas Mikkelsen also made a fine impression at the Rally France. The Norwegian Volkswagen driver claimed the 19th podium of his career, all of which have come with the Polo R WRC. He and co-driver Anders Jæger drove a controlled rally and kept the pressure firmly on second-placed Thierry Neuville – one of their rivals in the battle for second place in the Driver and Co-Driver World Championship – right down to the finish. This was the fifth podium finish of the year for Mikkelsen/Jæger.

Two lots of bonus points – Power Stage points for Mikkelsen and Ogier
Mikkelsen/Jæger finished second on the Power Stage to score valuable points in the fight for second place in the world championship, and to keep the title race alive. Not only did the Norwegian duo score two bonus points, but rally winners Ogier/Ingrassia also picked up one extra point for finishing third on the closing Power Stage. The driver/co-driver duos have now finished in the points on the Power Stage on 88 occasions, with a total 187 Power Stage points going to Wolfsburg. That is the equivalent of more than seven rally wins.

Heading to the 50th rally on the back of the 40th win – Polo R WRC reaches further milestones
The coming Rally Spain marks the Polo R WRC's 50th appearance in the FIA World Rally Championship (WRC). The Volkswagen team will travel to Catalonia full of the confidence that comes with 40 wins with the world rally car, and the works team from Wolfsburg has also picked up a total of 83 podium results. The Polo is the fourth model to enter the 40s club: the Lancia Delta and the Subaru Impreza (46 each) and the Ford Focus (44) are the only other models to have 40 wins or more to their name.Of the 894 special stages since the Polo R WRC made its debut, 600 have been won by the Wolfsburg-based carmaker.